I was surprised. I checked again that did he not say that she had a few other partners. He said yes. I asked him why he would have unprotected sex with a woman who had multiple partners. Once again he looked confused. Mr A appears very confident of his elaborate plans, completely unaware of the many ways things that could go wrong. In his mind it was all foolproof. 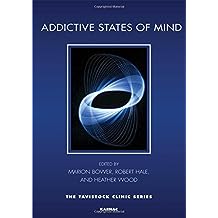 He had seen a few psychiatrists by himself. He did not think his wife should be exposed to discussions regarding sex. She was naive in such matters, he said smiling. What was interesting however, is the split in his mind. There were women one had sex with and there were women who one had a relationship with. One is stained and sexually potent, the other pure and virginal, with a powerful and threatening father watching over her.

As we explored this issue he said that he grew up in a house with his mother and his sister. His father worked abroad and came down only once a year. His parents fought a lot and his father would beat up his mother and him, if angered in the slightest. He was terrified of him. He said that in contrast, his parents in law treated him like a son. He told me that the only girl he had fallen in love with was his first cousin.

He had wanted to marry her but her father, his uncle, was dead against it.

As a psychoanalytic psychotherapist, I notice three things about his presentation. First, that he was addicted to a particular type of sexual relationship. The lies, the hiding, the charade is foreplay. He engages in his habit secretly and the shame and fear of exposure are essential ingredients to heighten excitement.

He justifies the entire set up by stating that his wife cannot have sex. Second, I notice a repetition. A young boy growing up as the man of the house with two women, who he loves and respects and whom he must protect from all that is experienced as murky and dark in him; his sexual feelings and fantasies. There is also the figure of a frightening father looming in the background who thrashes him regularly as if he knew. Third, the nature of the relationship such a split creates.

He does not have a real, adult relationship with anybody; with neither man nor woman. It is as though the only relationships he can have are these rushed sexual encounters in a hotel room, just like the rushed consultation with me. I am very sure that he will cleanse his mind of me as quickly as he cleanses his body of the women he has been with.

He can have sex but he cannot relate with another person. He believed that his wife cannot have sex but I think equally he cannot have sex with a woman who lives in the house with him and whose father treats him like his own son. When I shared these thoughts with him he said that he had not thought about things in this way but it didn't feel completely alien.

He said that his sister was born within less than one year of his birth and he had always felt he rushed into growing up. He shared memories of coming to his mother distressed or scared and seeking warmth and contact but his mother would tell him that he was a big boy, there to look after her.

She would constantly fill him up with stories of how his father mistreated her and remonstrated that he must never become like his father. He didn't think he had a close relationship with anyone. The idea of finding out the meaning and origin of the addictive behaviour and treating it at its source is an appealing and seemingly logical proposition, one that many persons suffering from an addiction themselves seek.

Alas, what seems logical and clear is in practice beset with obstructions and blind alleys. The addiction itself often becomes a hurdle to a fuller and deeper engagement with the analytic process as it can anaesthetize the anxieties that this process brings up.

This necessitates a careful assessment process before recommending this method as a treatment option. Where there is a good match the process and outcome can be fruitful for both the patient and the therapist. National Center for Biotechnology Information , U. Journal List Indian J Psychiatry v. Indian J Psychiatry. Malika Verma and Ajay Vijayakrishnan. Author information Copyright and License information Disclaimer.


Tara Clinic, Kozhikode, Kerala, India. E-mail: ni. Abstract Psychoanalytic psychotherapy can afford a viable treatment option for certain carefully chosen patients whose needs go beyond the immediate control of substance use. Current Evidence The evidence base for psychoanalytic psychotherapies has been generally considered weak. Understanding Addictions — A psychoanalytic perspective In our work, we see individuals suffering from addictions even if they are not abusing any substance. Clinical Implications Working with a person suffering from an addiction is a challenge.

While perversions may involve a quest for excitement through sex, drugs or gambling, for example, the focus here is on the underlying incapacity - or indeed at times refusal - to relate to the other as separate from the self and not as a narcissistic appendage. It is the anxieties aroused by intimacy and relatedness that drive the pursuit of ecstasy and excitement. Psychoanalytic thinking can help multidisciplinary teams to stand back and respond to the addictive state of mind in humane and containing ways that are not collusive.

This book thus provides rich food for thought not only for the individual practitioner but also for those responsible for shaping services for addicted individuals.